Today is the 80th anniversary of Executive Order (EO) 9066, in which then-President Franklin Delano Roosevelt authorized the evacuation of “people considered a threat to national security.” After the bombing of Pearl Harbor in 1941, the US government used executive action to forcibly remove those of Japanese descent from the country’s west coast. The military uprooted tens of thousands of Japanese Americans from their homes and sent them to concentration camps (as far east as Arkansas) for years. The day is now recognized as Japanese American Incarceration Remembrance Day during World War II.

In addition to the more than 100,000 Japanese Americans, the US government sent East Asian Americans, Native Americans and Latin Americans (with heritage from an Axis country) at these camps. This action, and the fact that the Supreme Court (Korematsu vs USA) on the state side, continue to haunt many Americans today through racist and xenophobic EOs like the Muslim travel ban and more.

On this day, we want to share some books that reflect the lives of those who were in those prison camps. There are memoirs, biographical accounts and a work or two of fiction by the grandchildren and great-grandchildren of those incarcerated during World War II. 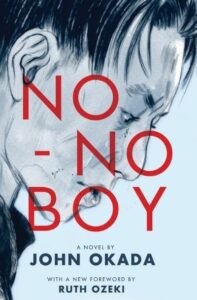 Originally published in 1957, Okada’s No-no boy is widely considered to be one of the first novels to detail the experiences of Japanese internment by someone who lived through it. It tells the fictional story of Ichiro Yamada, who chose “no-no”, thus refusing to serve in the US military during World War II, and the fallout from his community afterward.

“No-no” is an epithet for those who chose “no” to questions 27 and 28 of the mandatory loyalty questionnaire. Some camps separated the no-noes and revoked citizenship (regardless of the country in which they were born). The questions were:

Disagree with many Issei (first generation of Japanese Americans who were middle-aged or older during World War II) both in the camps and after, many Japanese Americans (and publishing in general) ignored Okada’s novel for decades.

We are not free by Tracie Chee 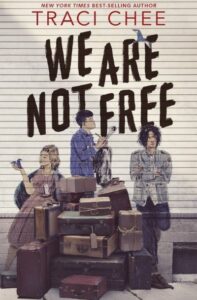 Chee’s historical fiction YA novel follows a close-knit group of friends from Japantown, San Francisco, who lived through those uprooted years together. The four friends try to stay true to themselves despite the conflicts within their families and the country where they grew up. As adolescent Nisei (second-generation Japanese Americans), they felt particularly resilient and vulnerable to the unjust actions of the US government.

In 2021National Book Award shortlisted We are not free in the Children’s Literature category.

They called us enemies by George Takei, Justin Eisinger and Seven Scott 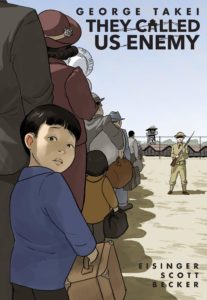 George Takei (of star trek Fame) graphic memory shares his experience growing up in the camps as a child. Barely five years old at the time of the EO, he didn’t quite understand what was going on. Because his parents were trying to protect him, Takei’s imagination (and the older children’s lies) shaped his perception for a time. Later moments in the graphic novel show Takei dealing with this event from childhood through adulthood and the path to repairs.

If you’re looking for a fictional title, another one that reads really well is Shift by Kiki Hughes. Inspired by Octavia Butler, teenage Kiku finds herself traveling back in time where she witnesses her grandmother’s internment and learns how those years changed her grandmother’s life forever.

Resembling the Enemy: My Story of Imprisonment in Japanese American Internment Camps by Mary Matsuda Gruenewald 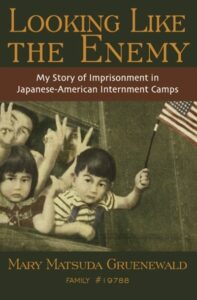 At the age of 16, the author and his family decided to round up and burn all of their Japanese possessions after hearing about the FBI’s search following the attack on Pearl Harbor. Two months later, the government uprooted his family from their 10-acre farm on Vashon Island, Washington and sent them to the Midwest.

For decades, Gruenewald, like many Japanese Americans who remembered the camps, remained silent about her experience. This silence comes from the shame, the instinct to bury the pain and the need to assimilate to survive when they left the camps. In 2005, when she was over eighty, Gruenewald finally spoke about the psychological effects of life in concentration camps. 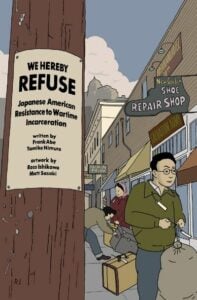 In many of the darkest parts of American history there is this false narrative that no one stood up or that these acts of violence were a choice. Almost all of these books talk about it. However, We hereby refuse focuses on the resistance of three interned Japanese Americans during World War II and includes stories of more “no-no’s”.

weave together these three stories, this graphic novel delves into the small and large ways some have challenged this unjust system. Not only the fact of being put in guarded camps, but also the oaths of loyalty and the forced deployment of some to fight for the United States while their families remained in these camps, deprived of their civil liberties. 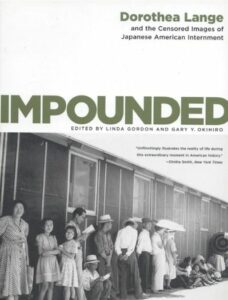 If Dorothea Lange sounds familiar, it’s because she’s the photojournalist known for capturing millions of lives upended by the Great Depression and Dust Bowl. His other significant contribution to American history was documenting the tens of thousands of Japanese Americans forced to travel to the Midwest.

Lange’s photos capture the families’ uncertainty and the many unknowns about their future. The public saw almost no photos of the camps before the end of the war, and the federal government censored most of the 119 photos in this book for decades.

—The Mary Sue has a strict commenting policy that prohibits, but is not limited to, personal insults towards anybodyhate speech and trolling.—

Do you have a tip we should know? [email protected]