Visuals are a crucial part of any marketing strategy due to the fact that it’s the kind of thing that could potentially get you to attract more interested viewers etc. As with everything else in marketing, it’s important to make sure that the graphic design philosophy you implement during your marketing campaign is in line with the latest trends, and we have some of those trends you can review below. below.

The folks at Venngage have created a practical visual which you can refer to if you want to get all the information on graphic design trends that you might end up interested in. All that being said and now out of the way, it’s important to note that data visualization seems to be a really important aspect of this sort of thing. There is a lot of data that the average person has to analyze, and the sheer scale of that data is something that can be difficult to understand.

Breaking down the data and visualizing it so that it can be processed more simply by someone or the other is a very powerful thing, and integrating it into your marketing strategy can be very profitable for you.

Making visuals more inclusive is also a pretty big trend. Even if your visuals are only approximations of people, there are ways to make them more representative of ethnic minorities as well as other genres. It works great with the majority of the crowd that’s currently there, as they would get a sense of representation in the visuals they see.

Another trend that has started to emerge concerns typefaces. Bigger, bolder fonts are becoming a mainstay in the graphic design world, and you would do well to keep that in mind when designing something or the other for a marketing campaign. The backgrounds have to be just as bold, and the intriguing thing to note here is that serif fonts are making a comeback.

This can allow you to fit more information into an otherwise tight space, and what’s more, the font would still be clear even if you put all the information together tightly. Serif fonts also tend to have a retro feel, which can be of great benefit to you in many ways.

Additionally, serif fonts appear more, making them easier to read, as users will be able to more easily distinguish letters from words. This makes your marketing more accessible to people who might also be visually impaired.

Perhaps the most ubiquitous visual element that one can notice is that of memes. Memes are really a part of internet culture, and making them part of your branding can do a lot for you. However, you need to be careful when using memes.

There is nebulous internet lingo that you need to adhere to when using memes. If you don’t adhere to this language, your marketing will start to seem spurious and people will think that you are simply appropriating the culture of memes to serve your own purposes.

Finally, there is the rather common design trend of using quotation marks. Quotes should also be written in a serif font with lots of colorful visuals to back them up. They can be displayed in a photo of the person who said the quote, which will make it easier for people to understand who said it and why they might have said such a thing overall. 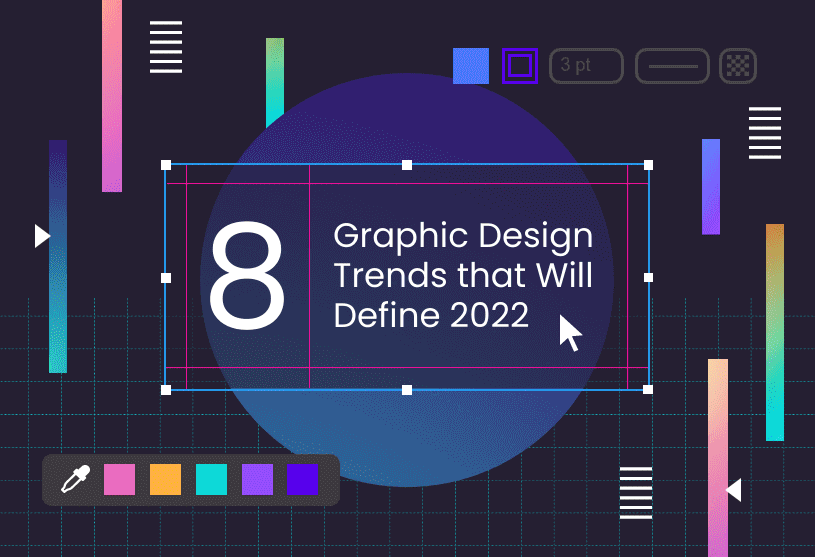 Read more: Ecommerce trends that will give you a glimpse of the future (infographic)